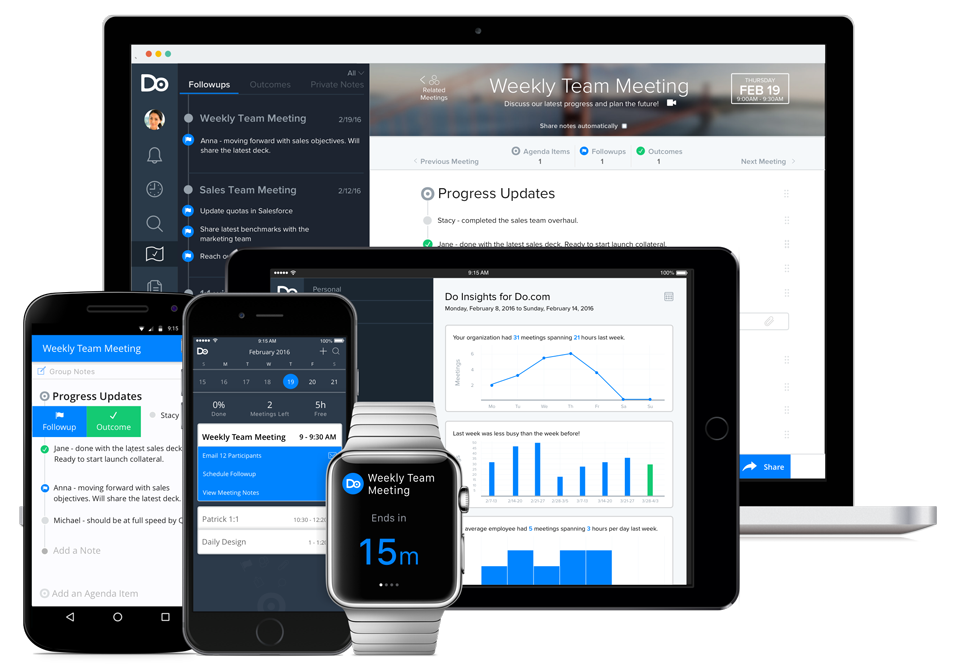 Amazon Web Services appears to have acquired Do.com, a San Francisco-based startup that aims to streamline meetings, for its new conferencing and collaboration service Chime.

TechCrunch first reported on the acquisition. In February, Do announced it had been acquired but didn’t say who the buyer was. Then, TechCrunch spotted the company’s LinkedIn profile, which said Do is “now part of Amazon Chime” within the About Us section. In addition, Do’s Founder and CEO Jason Shah added the title of product manager for Amazon Chime to his LinkedIn profile.

In an interesting twist, both the acquisition announcement and the references to Chime on Do’s LinkedIn page have been scrubbed. We’ve reached out to AWS about the acquisition and will update this post if we hear back.

As noted in Do’s LinkedIn profile, the company is a small one, and it has only raised about $2.4 million in its lifetime, according to TechCrunch. But it has some big backers, including Salesforce.

Do represents at least the second acquisition AWS has made to build out Chime, which it officially announced last month. GeekWire previously reported that Amazon in 2015 stealthily acquired Biba, a San Francisco-based company that makes chat, video and audio conferencing tools for businesses.

Here’s the promotional video that Amazon released announcing the service: