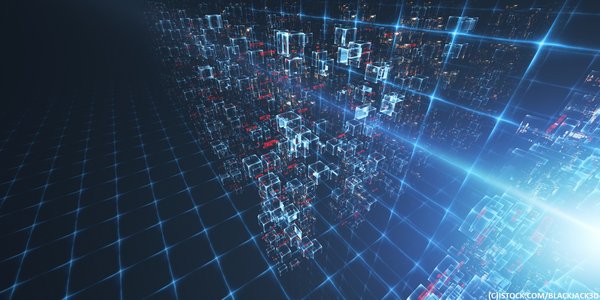 As cloud deployments have become more complex—with hybrid cloud environments growing in number and importance—networking technologies have not kept pace with advancements in cloud computing and storage. In fact, hybrid cloud networking has become a serious pain for enterprises across industries.

Fortunately, new approaches are emerging that will help IT teams better anticipate these issues, and to ultimately overcome the complexity and related project delays that currently plague them.

At a technical level, one problem is that on-premises, datacenter-based private cloud networks are built on complex, hardware-centric datacenter networking devices such as virtual local-area networks (VLANs), routing protocols, and private circuits. In contrast, public clouds such as Amazon Web Services (AWS) and Microsoft Azure provide virtual private cloud (VPC) and Internet-based connectivity that is dynamic, scalable, and elastic. But enterprises running multiple workloads on public clouds typically deploy each workload as an island in a separate VPC, generating a series of disjointed silos without any interconnection.

Clearly, enterprises need a modern approach to networking that is purpose-built for the cloud era.

Enterprises are turning to hybrid clouds, which integrate public and private cloud infrastructures, for reasons including application mobility between private and public clouds; on-demand access by DevOps to on-premises applications and data; and backup, disaster recovery, and high availability. As enterprises move more workloads to hybrid cloud infrastructures, they must be able to operate and manage their business applications regardless of the underlying network environment.

While the compute and storage aspects of the cloud have been made available as on-demand services, networking has not. This leaves many organisations struggling to extend traditional networking approaches to hybrid cloud. And it leaves DevOps teams, which are accustomed to moving at cloud speeds, unable to operate in hybrid cloud environments with the agility they require.

As a result, it can take several weeks to establish hybrid cloud connectivity. And even when the hybrid cloud is up and running, performing routine modify-add-delete change requests involves significant time and effort by highly skilled IT personnel.

For example, one Fortune 500 financial services enterprise ran into trouble when its strict change control processes collided with attempts to establish a hybrid cloud network. To get a connection to the cloud, it needed to open a ticket for the configuration change, review the ticket, test the change by networking experts, receive recommendations for the change, undergo review by the internal change review board, and schedule time to make the change. This process took months.

Not only is it impossible for IT to offer users the unified experience that hybrid cloud promises, current technologies prevent IT from operating with the speed or agility that developers demand from cloud environments, creating tension between IT and DevOps teams.

Because hybrid clouds currently consist of cobbled-together point tools and do it yourself scripts, scaling the hybrid cloud becomes very expensive. Operating costs rise exponentially as the hybrid cloud scales because there is no end-to-end network connectivity or performance visibility; no central location for logs and events; and no single console for controlling all the networking functions.

In the end, hybrid cloud implementations cannot deliver on the unified and agile experience that enterprises—or their DevOps teams, customers, or end users—expect from the cloud.

Enterprises deploying a single application to a public cloud, or using an on-premises private cloud for all critical applications, might not notice networking issues. But as soon as an enterprise tries to run important applications in hybrid cloud environments, the challenges of networking across both public and private clouds become painfully obvious.

What’s needed is a new approach to networking developed specifically for the cloud: one that enables enterprises to set up and operate hybrid cloud networks that are secure, fast, and easy to implement; simple to operate; and far lower in cost and risk than existing technologies.

Such a purpose-built hybrid cloud network must: