#AmazonWebServices dominates the public cloud, but its hybrid cloud story is currently weak. #Microsoft, by contrast, is gaining strength in the cloud by the day and its #Azure Stack looks like re-defining hybrid cloud by making the on-premises portion indistinguishable from Azure. Azure Stack’s preview releases suggest that administrators will scarcely have to think about extending on-premises storage into Azure. Windows Server 2016 also integrates well with Azure. Into that competitive brew comes a new offering from AWS: its storage gateway’s file gateway services can now run on Microsoft Hyper-V 2008 R2 and 2012. The storage gateway is AWS’ tool for making S3 accessible natively from a virtualized environment so that VMs can read from or write to S3, Glacier, and EBS snapshots as if they are just another storage resource. The file gateway does so for files. The file gateway debuted in late 2016. And as of Thursday, it’s enabled for Hyper-V too, across all AWS regions. Extending file gateway to Hyper-V makes sense because AWS wants as many users as possible to be able to consider its cloud storage services. Releasing it on Microsoft’s virtualization platform ahead of Azure Stack’s debut also ensures AWS can show Hyper-V users they don’t need a rapid jump to any flavor of Azure. AWS’ hybrid story gets a little stronger. Hyper-V users get another option. And everyone waits to see how and if Azure Stack will shake things up 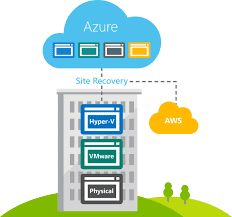