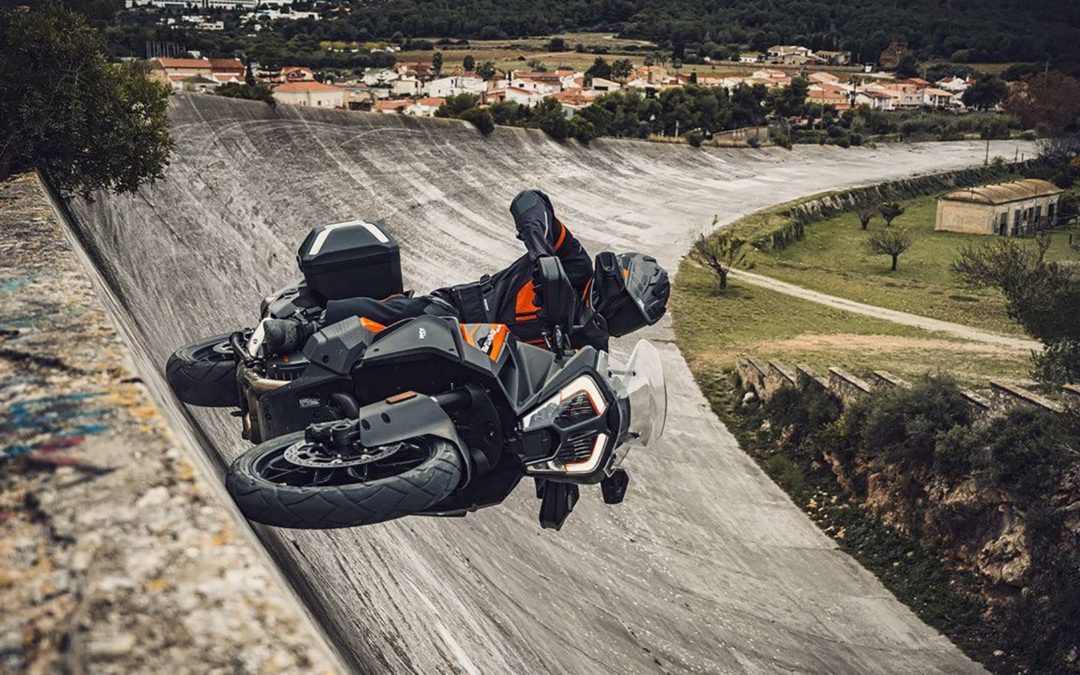 KTM needs not to fight its corner when it comes to off-road motorcycling. With 18 consecutive Dakar Rally titles (you read that right) under its belt and a slew of class-leading adventure machines in its line-up, the Mattighofen manufacturer has more than written itself into motorcycling’s history books. But this week it has once again leveled up, unveiling the 2021 1290 Super Adventure S and confidently dubbing it its ‘sportiest and most technologically advanced Adventure bike’ yet.

The third generation of its over-1,000cc adventure family in the last eight years (after the 1090 and 1190 models), 1290 first arrived in 2015, boasting a growling 1,301cc LC8 V-Twin. The ‘S’ And ‘R’ derivates arrived in 2017, and this week ‘the world just got smaller’ with the introduction of the updated model, which promises redesigned ergonomics, performance-boosting tech, and advanced componentry.

So, what’s new? Well, what isn’t… For 2021, the Super Adventure S has seen a comprehensive overhaul, starting with its revered, and now Euro5 compliant powerplant, which has lost 1.6kg thanks to thinner engine cases and a new oil circuit, and gained new, more reliable pistons, an increased service interval of 15,000km and lowers fuel consumption. A new cooling system sees two new radiators channel warm air away from the rider’s legs, thus the whole unit promises better cooling than before. Making 162PS (119kW) and 138Nm (102lb-ft), it also features an upgraded two-headed exhaust and a revised PANKL gear mechanism, which works optimally with the optional quick-shifter.

Cradling the lovely LC8 is a shortened chassis, within which KTM has lowered the center of gravity and enhance agility by relocating the front section of the engine and moving the steering head back by 15mm. Meanwhile, a longer open-lattice swingarm promises more stability under acceleration, while a new generation of WP APEX Semi-Active Technology (SAT) suspension, complete with a 6D lean angle sensor, promises improved damping.

This suspension can be further bolstered with the Suspension Pro package, which features individual damping for the fork and the shock, automatic preload adjustment and an on/off Anti Dive setting. The Rally Pack, meanwhile, adds the Rally riding mode and the MTC slip adjuster, while the comprehensive Tech Pack combines the Suspension Pro and Rally Pack features, with the Quickshifter+, the Motor Slip Regulation, Hill Hold Control, and adaptive brake light.

A lower seat height has made the machine more accessible, achieved via a revised subframe and new two-tiered seat, which in itself is adjustable by 20mm. A front the seat is a new 23-liter, keyless-cap fuel tank, and ergonomically-optimized fairings to bring a sharp new look. Also adjustable are the handlebar levers, the all-new TFT dash, and the windscreen, the latter moving up to 55mm.

Measuring seven inches diagonally, this new TFT display features smartphone connectivity, plus a more practical and more aesthetic display. Underneath is the ‘glovebox’ for which KTM’s adventure machines are known, complete with a USB charging socket. Meanwhile, new switchgear features on the bars.

Among the model’s suite of electronic aids is the innovative new radar-based Adaptive Cruise Control. Developed in collaboration with Bosch, the system automatically adjusts according to traffic ahead, with five levels of adjustment available to the rider. The lean angle-dependent traction control promises to be less intrusive than it was previously and boasts separate controllers and strategies for wheel slip and pitch angle while cornering and off-road ABS come included in the new Bosch Motorcycle Stability Control package.